You're Invited to Our World Premiere at Gig Harbor Film Festival!

See the film that started it all.

Do you believe in superheroes? Reinventing the Patriot is a hybrid documentary and spoken-word superhero story, based upon Paige Edmiston’s award-winning essay. This film, and the story of civic heroism that it tells, became a pivotal moment in the The Sidekick Collective's origin story.

To celebrate both its world premiere and local roots, The Sidekick Collective has some advance VIP tickets available for those crossing the Tacoma Narrows bridge. Email paige@sidekickcollective.com for yours.

Immediately following the screening, there will be a panel discussion, moderated by The Sidekick Collective, featuring some of our most innovative educators including White House Champion of Change Erin Jones and Executive Director of Teachers United, Chris Eide. Panelists will discuss how we can create the superheroes of tomorrow by supporting civic engagement by youth today. 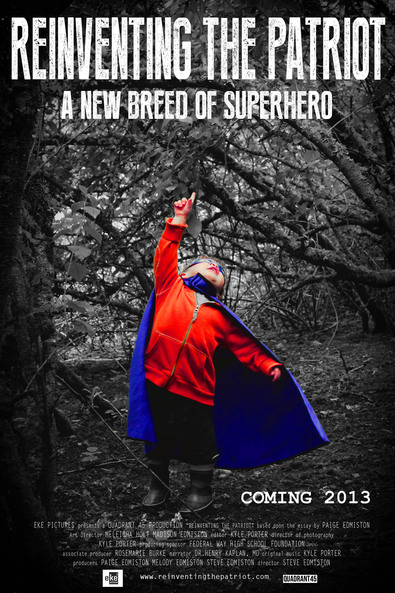 Paige Edmiston's essay, What True Patriotism Means to Me: A New Breed of Superhero for the 21st Century, serves as the film’s spine and narrative, spoken by a multitude of students from a single, large, diverse, and wonderful public high school – with a large dose of student activism, local politics, and plenty of superhero fun thrown in the mix.

The film simultaneously tells a new superhero story. In 2012, the students of Federal Way High School led a passionate, eight-month campaign to turn a 15-point electoral loss into a 20-point victory, assuring a $120 million state-of-the-art new school. These students will never attend the new school because they will have long since graduated. The film follows their activism in the face of withering community criticism, using their civic heroism as an illustration of the essay’s central theme.