It's time for a second installment of "A Cosmic Hero goes Comic Book."

Inspired by our 2014 Cosmic Hero Mikala Davis and her real world superpowers, Israel Jones, a student at Timberline High School in Lacey, Washington, created a superhero that 21st century students can look up to. 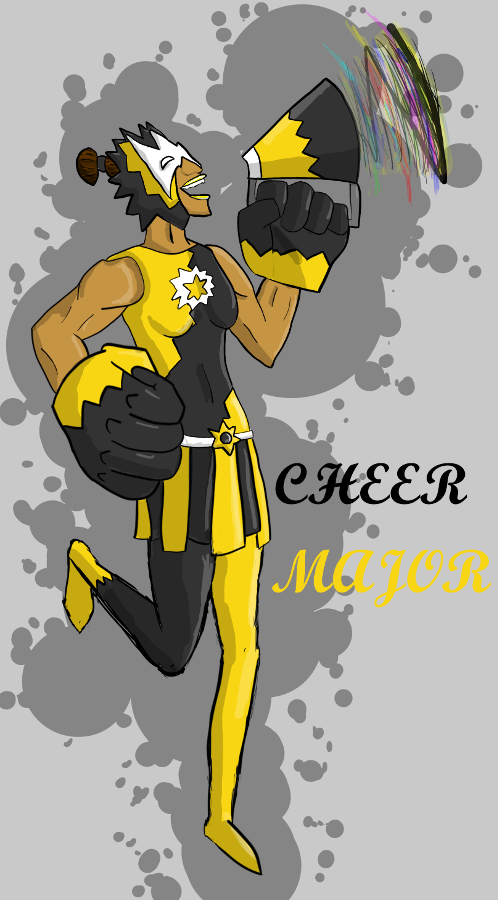 "Cheer Major has alway been a fairly normal girl as a cheerleader with a healthy social life, and always showed a real talent for connecting with others and their emotions. It wasn't until she reached high school that this ability manifested itself in a way that made it clear to her that it was super-human. With the help of her friends, she creates a secret identity, and over time accumulates the skills and equipment she needs to be a proper hero, fighting primarily to help those who she knows are suffering in silence. Her powers include her megaphone, which boosts her two-way empathic abilities and notable human agility. And light weight power fists, giving her a bit of super strength."