A Superhero for the 21st Century

After hearing 2014 Cosmic Hero winner Emily Carlson's story, Israel Jones, a student at Timberline High School in Lacey, Washington and promising, young graphic artist, was inspired to create a comic book superhero that 21st century students (and feminists!) can look up to. 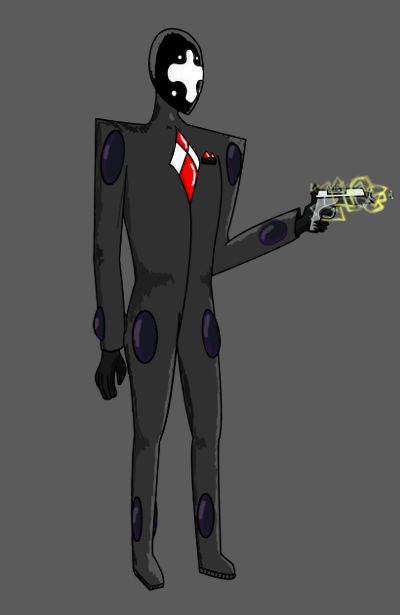 "By day, Rosy works as a politician and activist, doing her best to incite change, primarily through lobbies, petitions, drafting propositions and such, doing her best to stay behind the scenes, inspiring change without focusing on credit. But at night she uses her sizable funds, fitness and training to expose political and social corruption, pulling low violence infiltration and extraction jobs, sabotaging evil plans, and occasionally rerouting funds to what she considers righteous causes. She wears a tight pulled men's suit reinforced with light armor and a voice modulator, primarily to give her alter ego a more androgynous feel - not to hide her womanhood, but to take the focus off it because she considers it a secondary issue. The pods on the suite are semi-permeable pouches so that she can carry a number of tools while keeping the outfit sleek. Many of her weapons distribute small yet effective electrical charges with the purpose of occasionally incapacitating targets without hurting them too much. Seen in the art, a state of the art taser-stud gun."