How is it possible that we launched The Sidekick Collective a full one year ago this New Year’s Day? It seems like yesterday and forever ago all at the same time. (I’m hoping my first book of the New Year, Stephen Hawking’s A Brief History of Time, will be able to explain this phenomenon to me.)

Theoretical debates of physics and human existence aside, the fact remains that we packed a TON into our first year. We introduced Hero Capitalism to Planet Earth with a super fun launch party featuring a sneak peek of our film Reinventing the Patriot (which would later world premiere at the Gig Harbor Film Festival) and a sweet performance by nerd rock band Kirby Krackle. We then dove head first into the world of hero research by asking high school students to help us design a new breed of superhero for the 21st century. They imagined heroes who tackled poverty, homelessness, gun violence, and even miscommunication.

With this modern superhero in mind, we quickly assembled the League of Extraordinary Advisors and began our search for the first-ever Cosmic Hero: a real-world startup superhero like the one the high school students had designed — a student who thinks a little differently, has an exceptionally big heart, and is primed to save the world.

But we didn’t find one.

(Well, three if you count honorary Cosmic Hero Star-Lord of Marvel’s Guardians of the Galaxy.) 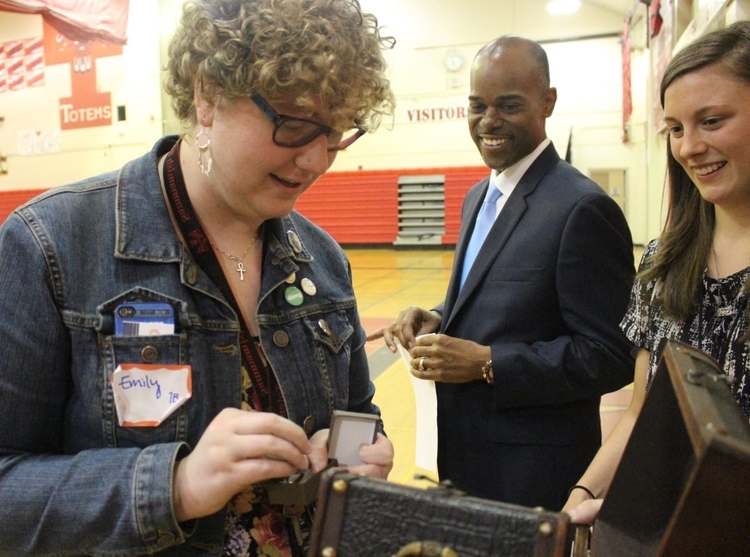 Known in the superhero world as Black Rosy, Sammamish High School’s Emily Carlson is a behind-the-scenes hero who generally lets her actions speak louder than her words. Despite being shy and uncomfortable with public speaking, Emily has heroically sought to protect the vulnerable by using her words — her voice — to stand up for what she believes in. Emily’s school district had been seriously considering reducing the number of social studies credits required to graduate. After learning about this proposal from a teacher, Emily decided to attend a school board meeting. One of her teachers writes:

"Emily was the only student to speak and was clearly the most poised out of all of us. She spoke eloquently and articulately about how her four years of social studies had prepared her to participate in her community and the importance of high expectations. Judging by the attention given to her speech by the school board, Emily’s speech was the most effective of the night. The school board subsequently decided to maintain the existing social studies requirements."

Emily’s choice to step outside of her comfort zone for a cause she believed in played a pivotal role in saving the social studies requirement in her district. 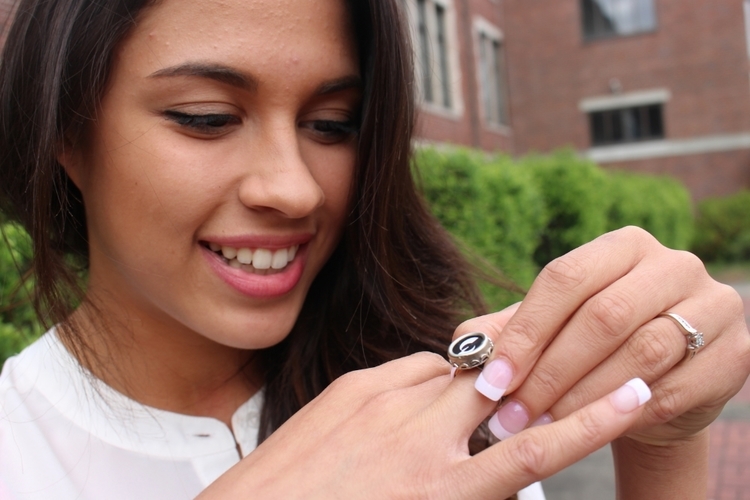 "[Mikala] is the most naturally empathetic person I know... When all is said and done, Mikala is the Empath of this school and I expect her to do amazing things helping people."

Mikala exemplifies the classic superhero origin story. Like Spiderman and other superhero greats, Mikala has faced harrowing challenges in her life. Despite (or perhaps, because of) these obstacles, she has developed a superhuman ability to perceive others' emotions — her own "spidey-sense" — and uses her empath-like kindness to help others first. As one Lincoln educator put it: "Mikala really makes people feel better about themselves.”

Both Cosmic Hero winners were surprised at a public assembly at their schools and presented with a grant to further develop their superpowers. Washington State Representative, Member of the League, and our hero Roger Freeman inducted Emily and Mikala into the Cosmic Hero fold with a powerful reading of the League of Extraordinary Advisor’s special proclamation.

In October, we were deeply saddened to lose Roger to a battle with colon cancer. We will always be grateful for the real-world passion and superhero style he infused into The Sidekick Collective.

With that, I’d like to thank all of the Sidekicks who helped build The Sidekick Collective into the living, breathing (and soon-to-be official, 501c3 non-profit) organization that it’s become. Thanks to you, we’re that much closer to a world full of heroes — a world where young people feel empowered to use their great power with great responsibility and maybe even to save the world. 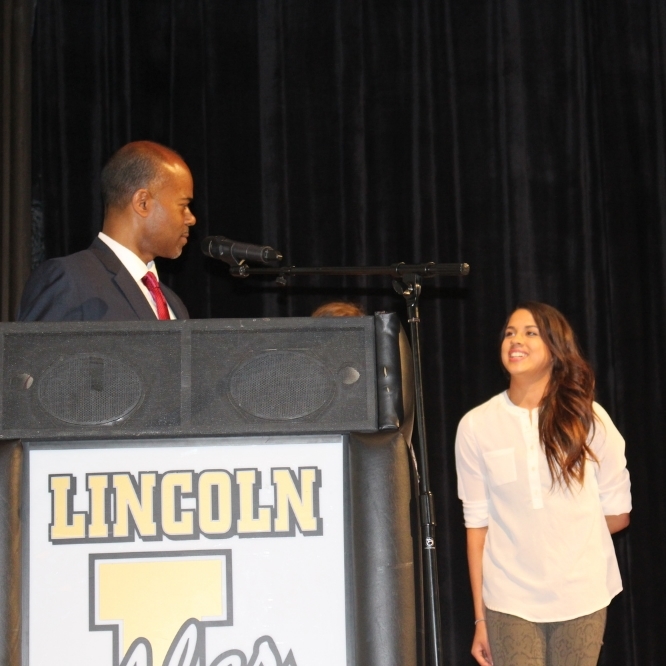 Representative Roger Freeman declares Mikala Davis a Cosmic Hero in front of her peers at Lincoln High School. We miss you Roger!

Founder of The Sidekick Collective. - Email